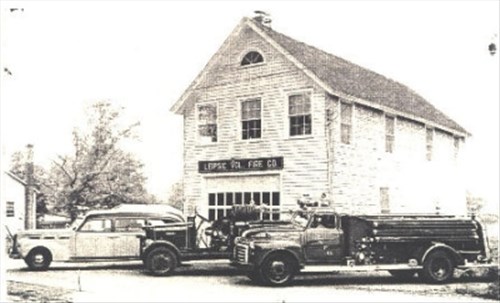 History of the Leipsic Volunteer Fire Company, Inc.
The Beginning

Efforts to organize a town fire company began back on May 1, 1947, when a public meeting was held in the old Patriotic Order of the Sons of America (P.O.S. of A.) Lodge. Twenty-one interested townspeople attended the meeting and heard talks by Mr. William Achtenburg, of Little Creek, and Ralph Boyer, of Dover, concerning the importance of local fire protection. Harry A. Helm acted as the temporary chairman of the group, and was quickly nominated as the president pro tempore, pending the drafting of a constitution and bylaws. Other officers elected at that time were Harold Stauffer, vice-president, Albert Pugh, secretary, and Horace Pugh Sr., treasurer. A constitution committee was also established to begin work drafting a constitution and bylaws.

A second meeting of the dedicated group was held a week later, under the hand of the acting president. Funding sources, equipment costs and financial matters were the focus of discussion. A building committee was appointed, with Walter Handsberry serving as chairman. Finance and publicity committees were organized. Again, 21 loyal citizens were in attendance. A third organizational meeting, held May 15, featured reports by the constitution, building and  nominating committees.

Samuel J. Fox , Harry A. Helm and James Parker presented and signed the Certificate of Incorporation on May 29, 1947 and on June 2, 1947 at 10 o’clock a.m. the document was filed with the Secretary of States Office, officially creating the Leipsic Volunteer Fire Company, Incorporated. The first slate of officers elected consisted of Sam Fox, president, Harry A. Helm, vice-president, Albert Pugh, secretary and H.E. Pugh Sr., treasurer. Other committees were quickly organized, and Harry Helm was elected as the first fire chief.

The new company voted to buy a fire truck from another fire company, and named the Hahn Motor Co. to recondition the vehicle at its first regular meeting. On June 12, the company heard a progress report on equipping the truck and elected a membership committee. At this meeting the new company took on their first debt, with a vote to borrow the sum of $4000 to pay bills. Later in June, the company voted to buy the P.O.S. of A. building for $900. In July of that year, the company paid $1,250 for the Hahn pumper, which was delivered two months later and placed in service. 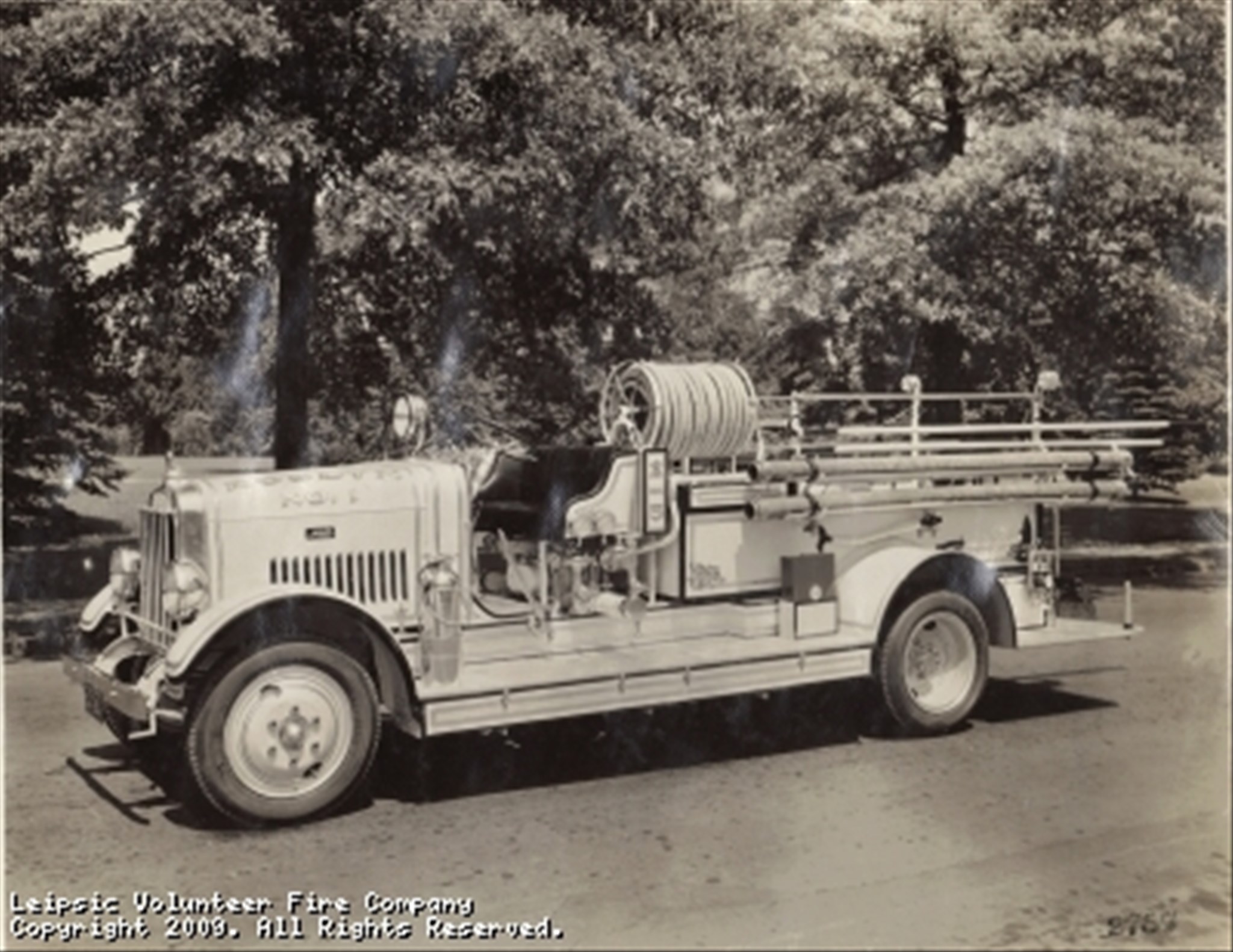 The first engine purchased from the Roslyn Fire Company in Pennsylvania in 1947. 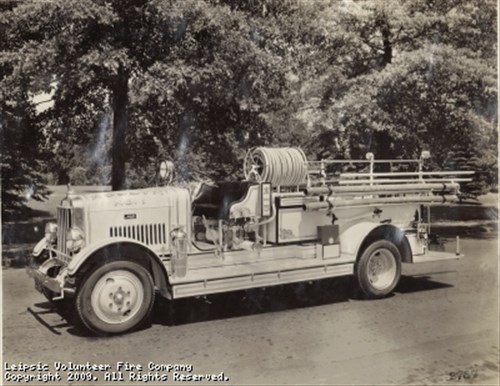 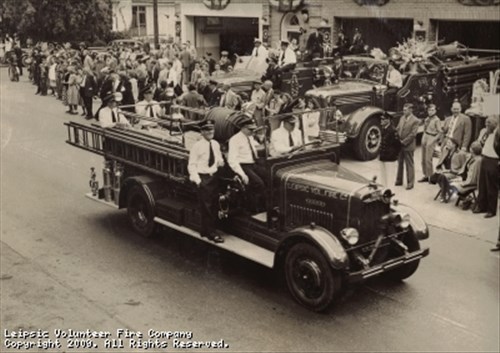 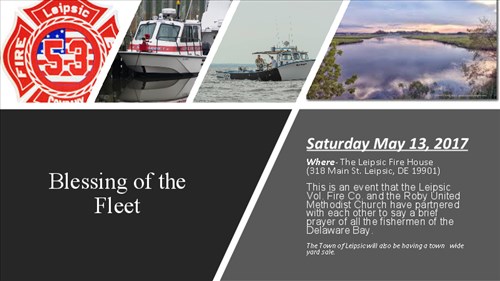